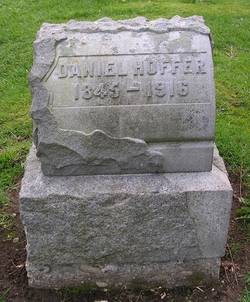 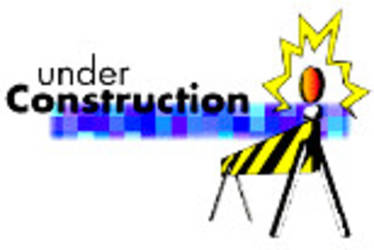 The 38th - also known as Second (2nd) Scott's Life Guard - was a two year "eastern theater” regiment. It spent its entire period of service with the Army Of The Potomac.

Organizationally, six or seven of the regiment's original companies, including "D", were recruited in New York City. Others came from Geneva, Horseheads and Elizabethtown.

Leaving New York for Washington City on 6/19/61, the 38th went into camp on Meridian Hill. It remained there until 7/7/61 when it was ordered across the Potomac River to Alexandria, VA. From Alexandria it moved southward and participated in the 7/18/61 battle of first Bull Run/Manassas where it lost 128 killed, wounded or missing.

Retreating back to Alexandria, in August and September the regiment was employed in construction work at Fort Ward (Named after the 38th's Col. James Harmon Ward this facility now a museum, still exits.) and Fort Lyons. Both were part of the ring of defensive earthworks guarding the perimeter of Washington, D.C.

While occupied with the building of these fortifications the 38th - as part of the reorganization of the entire Army Of The Potomac - was, itself, reorganized. In September ninety-seven men of the 4th ME Volunteers were assigned to the regiment. In December the entire regiment was consolidated into six companies which were then joined by four companies of the 55th NY Volunteers.

In March, 1862 the reformed 38th left winter quarters and embarked for Fortress Monroe, VA. It then participated in the siege of Yorktown and the (5/5/62) battle of Williamsburg. At the latter place it suffered 88 killed, wounded and missing.

In June, 1862 the 38th moved further into Virginia during Union Gen. McClellan's Peninsula Campaign. It shared in the engagement at Seven Pines/Fair Oaks (5/31 - 6/1/62). It next fought in the Seven Days' battles after which it encamped on the James River at Harrison's Landing until mid-August.

1863. In April the 38th participated in the disastrous "mud march." Returning to camp near Falmouth, VA it had its final engagement with the enemy during the (4/30 - 5/6) Chancellorsville campaign. Stationing at Acquia Creek preceded returning to New York for final muster.

* As of this writing, the 38th is one of only a few regiments known to have lost more officers/men killed or mortally wounded than it did from "Disease, Accidents, Etc."

NOTE: The birth - to - death biographical profile which follows was completed in August, 2020 during the Covid 19 medical pandemic. Because the National Archives in Washington, D.C. were closed it does not draw upon veteran-related military service, pension and others files housed therein. Those files will be acquired and information from them added to the narrative at a later time.

Daniel "Dan" Hoffer was born in the state of New York. Although it is not documented, based on U.S. Census data likely his community of birth was Eden which is located in Erie County.

Birth years of 1844 and 1845 exist for Daniel. As the latter is most prevalent, 1845 is being adopted herein. No specific birthing date has been found.

At some point between 1850 and 1855, widower John Hoffer moved his brood from Eden to Buffalo - Buffalo is also located in Erie Co. – NY. He also changed his occupation from farmer to "butcher."

Between 1855 and 1857 John remarried to German- born Maria "Mary" M. Von Falkenhahn (b. 1837). Based on U.S. Census and family data, she bore him at least nine additional children.

By 5/7/61 Daniel was a resident of New York City, NY. When and why he had moved there are unknowns.

Until his military service records become available we know scant little about Private Hoffer's period of enlistment. Beyond his entrance and exit dates, locations, etc. the only information we have is that on 8/30/62 he was wounded during the battle of 2nd Bull Run/Manassas.

Where Daniel settled after leaving the military is not presently known. However, it may have been in the Buffalo home of his father and step mother. That was his place of residence as of 1865 and into 1870.

1880. Another decade. Another census. By this date Daniel was residing in Denver Arapahoe Co., CO. Once again, what had drawn him there and when are not known.

As of 1880 there had been two major changes is Daniel's life.  Firstly, he had adopted his father's occupation of butcher. Secondly, he had married and was the father of three sons with more children to come.

Daniel's bride was Katherine/Catherine Weber (b. 3/29/49 Baden, Germany). When the two had wed is not known, but as best as can be determined the couple's first child was born in 1872.

After marrying the Hoffers settled in Colorado. All of the Hoffer children would be born in that state.

The U.S. Census for 1910 found the Hoffers (Daniel, Katherine/Catherine and Trand) in Seattle King County, WA. What had drawn the butcher and his family to the Pacific Northwest is not known. Nor is it known when they arrived here.

Daniel Hoffer died on 2/21/16. Death visited him, not in Seattle, but north of there in the rural community of Richmond Beach located along the shores of Puget Sound. The cause of his passing is not known. Burial was/is near there in the Edmonds, Snohomish County, Memorial Cemetery.

After her husband's death Katherine/Catherine moved away from Washington State. In 1920 she was residing in Urbana Champaign Co., IL with married daughter Adelle/Adell and her husband.

Katherine/Catherine Weber Hoffer died on 10/24/24 in Salt Lake City, UT. Likely she was there living with son Fred. Cause of death was diabetes and myocytes. She was/is buried in Salt Lake’s Wasatch Lawn Cemetery.