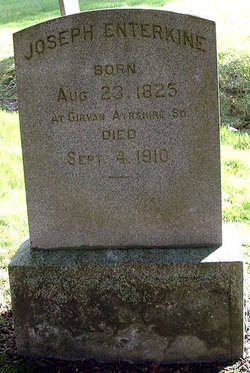 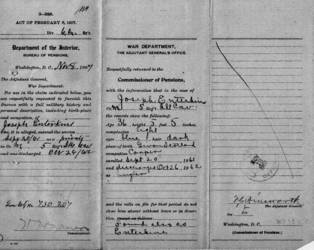 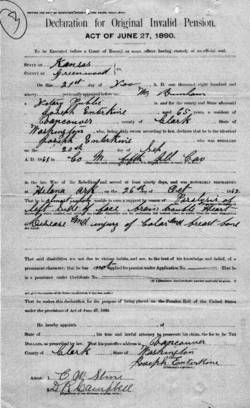 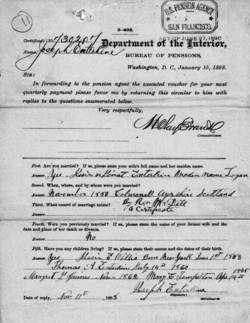 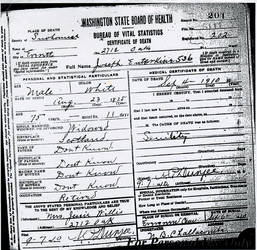 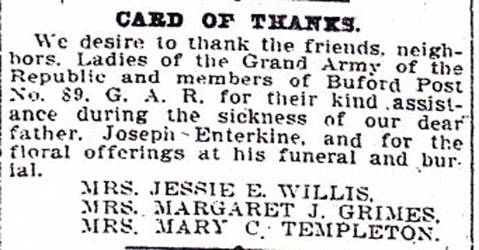 The 5th, a three-year “western theatre” regiment left Illinois in February, 1862 for Benton Barracks, St. Louis, Missouri. From there, in March, it moved on Doniphan subsequently driving out the enemy and capturing his camp. In October, 1862, a forage train which the 5th was guarding was attacked by Rebel forces. During this incident the regiment lost 1 killed, 6 wounded and 79 captured.

Spring, 1863 found the regiment entering the Federal campaign to capture Vicksburg, Mississippi. On June 3rd, a reconnaissance to Mechanicsburg resulted in driving the enemy 10 miles during heavy skirmishing. A battle the following day resulted in defeat of the Confederates with a regimental loss of 1 killed and 7 wounded. In July the regiment accompanied an expedition to Canton where, after some fighting, public workshops, railroads, etc. were destroyed. In August it encountered and defeated Blythe's cavalry at Coldwater. A charge at Brownsville, AR in October routed Confederate General Wirt Adams.

In January, 1864 many of the regiment re-enlisted as veterans thereby maintaining the regimental numerical designation and earning the re-enlistees a (30 day) furlough home. The remainder of the 5th’s service was spent in Mississippi, Louisiana and Texas engaging in scout and guard duties.

NOTE: Spelling of Joseph's surname appears as Entrican (database) as well as Enterkin (mil. rcds. and 1pension form.) As all pension forms were signed "Enterkine", that surname is used herein.

Joseph Enterkine was born 8/23/25 in Givan, Scotland.  The names of his parents as well as whether or not he had siblings is not known. Nor are any details known about his childhood, formative or teenaged years.

In November, 1850 Joseph married Jeanette/Jennett "Jessie or Gina" Logan in Colmonell, So. Ayrshire, Scotland. Their first child, James, was born in Scotland the following year. At some point following the birth of James and prior to the birth of their second Child the Enterkines emigrated from Scotland to the United States, apparently landing in New York City.  It was there on 6/1/53 Jesse/Jessie was born.

The Enterkine's third child, Sarah, was born in Virginia in 1857. From there the family moved westward to Massillon, Wayne Co., Illinois where the 1860 census showed them with a live-in servant named Margaret Berkins (b. 1818 Cape of Good Hope South Africa).  Available records are not clear as to whether the fourth Enterkine child, Thomas A. was born June/July 14 in 1860 or 1861. Joseph's occupation at the time was listed as cooper.

In September, 1861 Joseph entered the U.S. Army as a bugler in the 5th IL Cavalry. Approximately six weeks later the 5'6", blue eyed Scotsman was promoted to Chief Bugler and transferred from Co. M to the regimental field and staff command. The transfer, however, proved to relatively short lived as on 10/26/62 private Enterkine was granted a medical discharge on the grounds of "general debility." The following month the family's fifth child, Margaret "Magie" L. (or Y) was born in Seneca Co., IL. The couples' sixth and final child, Mary C. was born 4/14, but records differ as to whether the year was 1864 or 1865.

By 1870 the Enterkine clan had removed from Illinois to Greenwood Co., Kansas. They remained there for the next twenty years until, in mid 1890; they were noted as residing in Vancouver, Clark County, WA. That same year Joseph applied for a government disability pension because of paralysis to the left side of his face, brain trouble, heart disease, and an injury to his right collar and breastbone. Shortly thereafter he began receiving a $12 per month stipend.

In 1900 the Enterkines were still in Clark County, but by 10/9/07 when Jeanette died they had moved northward to Everett. Likely the move was made because they had adult children and their families residing in the area.

The 1910 census listed Joseph residing in Everett with the family of daughter Mary. That same year, on 9/4, the near seventy six year old civil War veteran died. The cause of death was noted as senility. At death he was receiving $20 per month from the U.S. Government based on his Civil War soldiering. Joseph was buried beside his wife in Everett's Evergreen Cemetery.