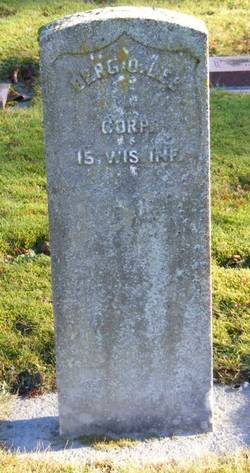 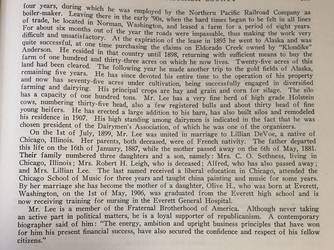 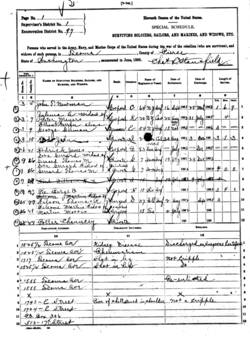 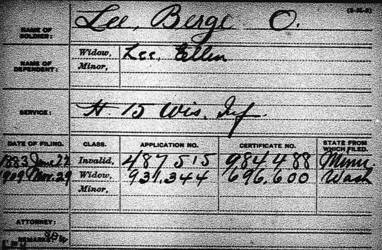 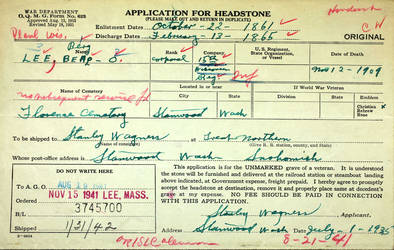 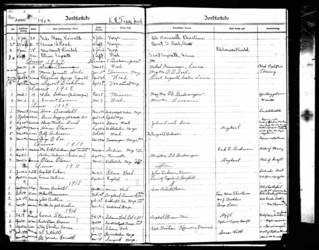 The 15th Wisconsin was a "Scandinavian" regiment. It served for three years in the American Civil War's western theater.

Mustered into Federal service on Valentine's Day, 1862, the unit remained in state until March 2nd when it was ordered to Missouri. Upon the surrender of Confederate forces at Island #10 the regiment was used to strengthen and garrison fortifications at that location. That task being completed, two companies were stationed there permanently while the remainder of the regiment was moved to Mississippi via Kentucky.

From Mississippi the 15th was ordered to Tennessee. It then returned to Kentucky to participate in the (10/8/62) battle of Perryville.

After Perryville the regiment was sent in pursuit of Confed. Gen. Morgan's guerillas It came back from that excursion with 50 prisoners as well as many horses and wagons. In December at Nolensville Pike the 15th had 75 men either killed or wounded. It concluded 1962 and opened 1863 with the (12/31/62 - 1/1/63) battle of Stone's River/Murfreesboro, TN. In the two days of fighting the regiment lost 119 in killed, wounded or missing.

The 15th next saw significant combat action during the 9/18 - 20/63 battle of Chickamauga, GA. There it came under fire from both friend and foe. Suffering another 101 casualties, after the two days of fighting regiment had but 75 men fit for duty. At Missionary Ridge, during the battle for Chattanooga, TN (11/23/63) the regiment was the first to occupy an area known as Orchard Knob.

The 15th, not choosing to re-enlist as a veteran volunteer regiment, then performed provost (military police) and guard duty until receiving final muster. Cos. "A", "B", "C" and "E" were mustered out in December, 1864 while the remainder were mustered out and discharged in January, 1865.

NOTE: The biographical profile which follows was created using the "By Request" format. It does not draw upon information found in the veteran's military, pension and other files housed in the National Archives in Washington, D.C. As a result the details presented are not as in-depth as those found in other Snohomish County bios found within this website.

Berge Olai Lee was born 9/29/33 in Bergen Norway. The names of his parents and possible siblings are not given in available documents.

1860. Sometime during this year Berge emigrated from Norway to America. Where he may have initially settled is not known, but by the fall of 1861 he was in Wisconsin. When and how he made his way to that state is also not known. As for why he moved to Wisconsin, that is partially explained by the county in which he put down roots: Dane. Obviously this area was home for many people of Scandinavian descent.  Some, perhaps, may have been Berge's kinfolk.

Beyond his settling in Wisconsin, the first we really learn about Berge comes from 1861 when he enlisted in the U.S. Army. That being said, without the availability of his military service records all we know about his period of enlistment is that he survived The War and returned to civilian life. Not known is where Berge called home in post-War 1865.

Initial U.S. Census information pertaining to Berge Lee comes from 1870. As of that population tally he was farming in Tordenskjold Otter Tail Co., MN. By that time he had a wife and children.

On 3/21/67 Berge had married. Where the wedding took place is not documented, but his bride was Ellen A. "Oline" or "Olive" Kroshus (b. 9/3/48 Gran kommune, Oppland fylke, Norway). "Olive", as we will refer to her herein, had apparently come to the U.S. with her parents the year she was born.

As evidenced by the birth states of the Lee children, after their marriage it appears Berge and Olive settled in Iowa as that was where their first child was born. They remained in Iowa only a short time, however, as when their second child came into this world that event took place in Minnesota.

As previously noted, during the 1870 U.S. Census the Lee family was farming in or near the community of Tordenskjold located in Otter Tail County, MN. They were still in Ottertail County as of 1875, but by 1880 had taken up farming in Moland which is located in Clay Co. The Lees remained in Moland through the census of May, 1885, but by the time their youngest child, Edwin, was born they had quitted Minnesota in favor of Washington Territory.

Exactly when and why this westward move had been made is not known. It appears, however, that when they initially arrived in the Pacific Northwest they settled near Tacoma in Pierce County as that is where the Veteran Schedule (Census) of 1890 counted Berge. We have no corroborative U.S. Census for that year as most of it was destroyed by fire.

A new century. A new decade. A  new census. By 1900 the Lees had moved northward from Pierce County to Snohomish County and were farming in the Stillaguamish area. Records are unclear on the matter of whether or not this was Berge's last place of residence.

Berge O. Lee died on 11/12/09. The locale of his passing has been noted as "Near Norman, Snohomish (Co.), Washington".  He was/is buried in the Anderson Cemetery of East Stanwood Snohomish Co., WA.

After Berge's death Olive remained in Snohomish County. She died there on 5/11/13 and was/is buried beside Berge in Stanwood.