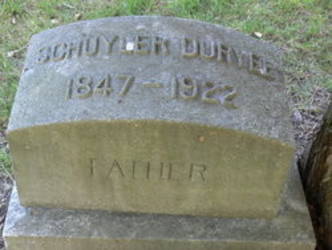 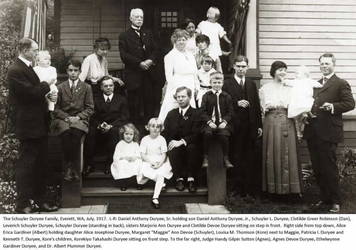 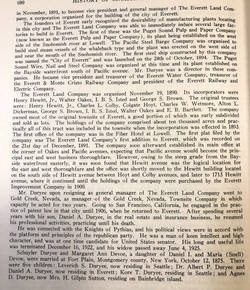 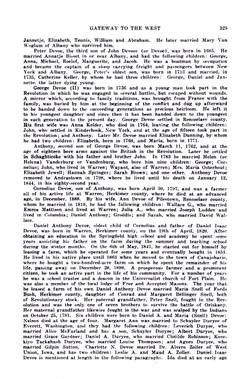 Gateway to the West Devoe Family 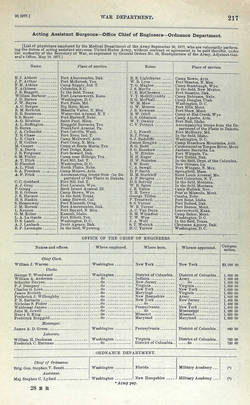 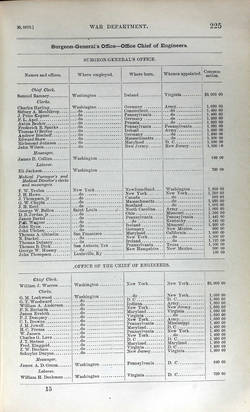 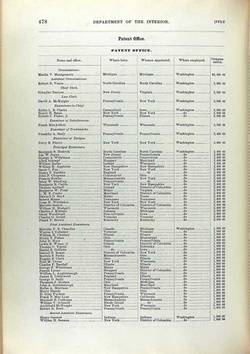 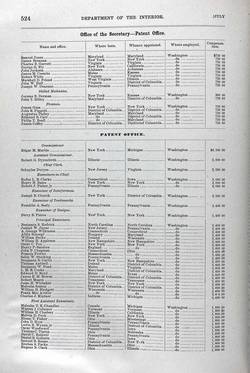 Prior to joining the Civil War Veterans Buried In Washington State team the late Jim Shipman (b.8/7/1941/WA  - d. 10/31/2013/WA) trekked the grounds of Everett's Evergreen Cemetery meticulously noting all, or nearly all, of the American Civil War veterans buried therein. He also scoured cemetery burial records to find the names of veterans whose final resting places were not marked by military headstones. Of importance in the latter research was to note if the local Grand Army Of The Republic (G.A.R.) post participated in burial arrangements.

Post war, the G.A.R., comprised of former Union soldiers, sailors and marines, was a large, powerful social/political force in America. The G.A.R.  jealously guarded its name and did not take lightly its ascription to a person or event.

In Evergreen Cemetery files the G.A.R. is noted as being involved in the burial arrangements for Schuyler Duryee. However, no American Civil War service records could be found pertaining to this man. That being the case, why did the G.A.R. take part in his burial? Was it because of his post-war service in the U.S. War Department? Was it his role in the founding of the City of Everett? Was he considered an "honorary" G.A.R. member? While we do not have answers to any of these questions here is the story of Schuyler Duryee.

In 1856 the Duryees moved from New Jersey to New York, NY. As a result, during his childhood Schuyler attended the public schools of New York City. He then "followed mercantile pursuits in the eastern metropolis." He did not serve in any branch of the military during the American Civil War of 1861 - 1865, but apparently had some kind of service obligation between March 1, 1871 and August 1, 1872.

In 1870 Schuyler was residing with his widowed mother, a brother and three sisters in Rahway Union Co., NJ. At that time he listed his occupation as "insurance agent."

During the following two years Schuyler departed both his mother's home and New Jersey to move to Virginia. While there, in 1871, he obtained the position of clerk in the U.S. War Department's U.S. Army Office of Engineers located in Washington, D.C.

By 1873 Mr. Duryee had been made chief clerk of that department in Washington City and, as of 1881 appointed chief of the assignment and copying division in the United States Patent Office. As of 1883, had become chief clerk in the U.S. Patent Office, a position which he held for Four years before he resigned to become a patent law attorney. Although successful as a patent attorney, in 1889 Schuyler accepted an appointment as chief clerk in the patent office. He would hold that position until November, 1891 when he again resigned in order to move his family from the Virginia to Washington State.

Dropping back a few years, on 10/12/75 in Fort Plain, NY Schuyler had married. His bride was Margaret Ann Devoe (b. July, 1850 NY). Following their marriage the couple settled in Falls Church, VA. From there Schuyler could "commute" to his places of employment in Washington City. The Duryees would remain in Falls Church until they moved to the Pacific Northwest.

In November, 1891 Schuyler resigned from the patent office to become vice president and general manager of the Everett Land Company - a corporation organized on 11/10/90 by the likes of Henry Hewitt, Jr., Warren Oakes, Charles L. Colby, Colgate Hoyt, Charles W. Wetmore and others - for the purpose of platting out and building the city of Everett located in the Snohomish County region of the Puget Sound area of western Washington State.

How Schuyler came to be affiliated with this group is not known, but on 11/15/91 he, his wife and four youngest children departed Virginia for the three thousand mile trip to Washington State. Arriving in the Puget Sound region they first settled in the community of Lowell, a rural area on the southeastern edge of what was to become Everett City. Several months later they moved into Everett proper.

Schuyler was to become very well known, respected and influential in Everett. He would be the vice president and treasurer of the Everett Water Company. He was also president of the Everett Railway and Electric Company, director of the Everett National Bank and a trustee in various corporate organizations that were under the control of the Everett Land Company.

When the first surveys were being made for Everett's Hewitt Avenue, Schuyler chose a lot located on the southeast corner of Thirty-Second Street and Rockefeller Avenue. There, in early 1892, he built one of the first homes in Everett.  [2020 Note:  According to Google maps this site has been a vacant lot at least since 2008.]

In March, 1897 Schuyler resigned from his various Everett offices and positions in order to move to Gold Creek, NV. There he managed the Gold Creek Mining Company and affiliated organizations.

Mr. Duryee remained in Nevada for two years then resettled in San Francisco, CA. He was there, practicing law, during the fiery conflagration which destroyed much of that city.

In the spring of 1906 Schuyler returned to Everett. For a time he partnered with son Daniel in a real estate and insurance business before resuming his practice of patent law. During his legal career he was also to write and publish technical books including Duryee's "Assignments of Patent Rights" which would stand for many years.

The census of 1910 found Schuyler - a general practice attorney - and family residing in Everett. Under his roof, besides wife Margaret were daughters Korokiyo and Agnes.

In 1920 Schuyler and Margaret were still in Everett with Schuyler continuing to practice law. By this date, however, hey were residing in the home of married son Daniel and his family.

In November, 1922, as he approached his seventy sixth birthday, Everett pioneer Schuyler Duryee's health began to fail. As a result he was moved into the Everett Hospital for an operation. He died there at 4 pm in the afternoon on 12/16/22. Burial was/is in Everett's Evergreen Cemetery.

After her husband’s passing Margaret remained in Everett. She died there on 6/4/25 at the age of 74. She was/is buried beside Schuyler in Evergreen Cemetery.