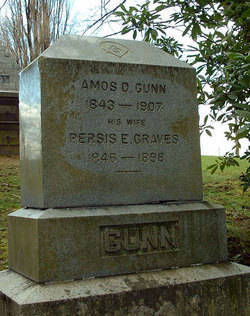 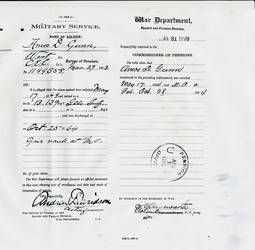 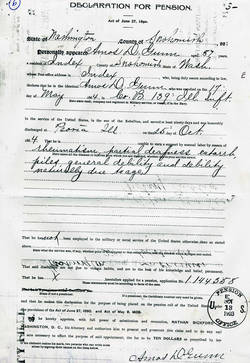 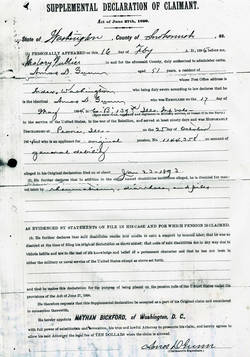 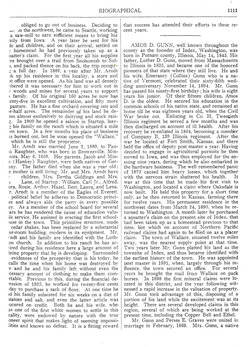 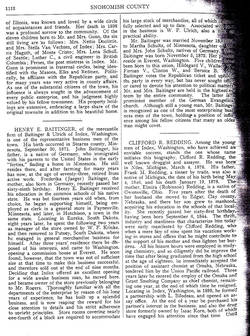 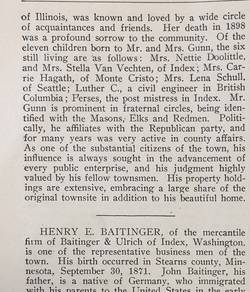 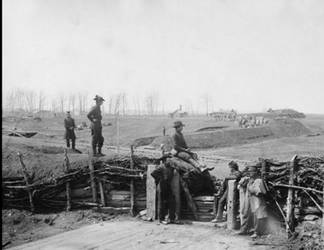 In May, 1864 Union forces under the direction of General U.S. Grant began a southward movement through Virginia which, the following year, would bring an end to four years of bloody civil war. In preparation for this movement south all available, experienced troops were pulled from rear echelon garrison and guard duty and placed into the field. To fill the void created by the departure of these men, many short-term regiments were raised. The 139th Illinois was one such unit.

The 139th a 100 day “eastern theater” regiment departed Illinois one week following Federal muster and moved via steamboat to St. Louis, MO. From there it travelled to Columbus, KY where it remained about a week before moving on to garrison Cairo, IL.

After its term of enlistment had expired the regiment was sent to Missouri where it joined other Union forces driving Confed. Gen. Price's troops to a remote part of the state. It then moved to Peoria, IL for final muster.

In later life Amos claimed that during 1861 he enlisted in and served "a few months" in co. "H" of the 20th Illinois infantry after which, he was discharged because of ill health. However, no documentation of such service exists in existing military service records of the Civil War. As such, our first recorded information on Amos as an adult stems from his May, 1864 entrance into the 139th Illinois infantry.  That service was likely very benign as no evidence is available pertaining to serious illnesses or woundings.

Following their marriage the Gunns settled in LaSalle, LaSalle Co., IL were Amos served one year as the town's postmaster. By the time of the 1870 U.S. Census, however, the family was residing in or around the Putnam county community of Granville. By 1871 they had removed again, this time to Iowa.

Available documentation indicates that the financial panic of 1873 resulted in Amos suffering heavy monetary losses. In what area, we do not know. The resulting strain reportedly shattered his health. During this “down” period he made a sojourn to Washington Territory and staked a land claim in the area where the eastern Washington town of Oakesdale in Whitman Co. now exists. According to his children's childbirth dates, he held the property only a short time before returning to the Midwest.

In 1877 the Gunn's were still in Iowa. By 1879 they were in Kansas. The 1880 census placed them in the community of Rich, located in Anderson County where Amos was farming.

1890. While no census data exists for this decade, March and April of that year place Amos back in Washington, this time on the west side of the state in a squatter's cabin located in the foothills of the Cascade Mountains along the Steven’s Pass corridor. The following year other residents of the  area appointed him postmaster  which meant he had to travel twelve miles to  the town   of Wallace, now Startup, located along the Great Northern Railroad right of way, pick up the mail and haul it back  by pack horse.

By 1892 Amos had platted the area in which he was residing, creating   the community Index of which he is considered the founder. Over the next few years he would profit from mining claims in the area.

In 1898 Persis died. She left behind her widowed husband, five daughters and one son. Burial was in the Snohomish County City of Everett’s Evergreen Cemetery. The 1900 census noted Amos, a widower, and children Stella, Lena, Luther and Persis residing in Index.

Former Civil War soldier Amos Gunn died 1/25/07 and was buried beside his wife in Everett.   At death he was receiving a $6 per month U.S. Government disability stipend based on ailments and illnesses which he traced back to his days of Civil War soldiering.