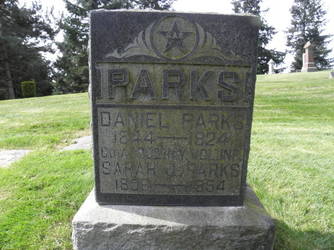 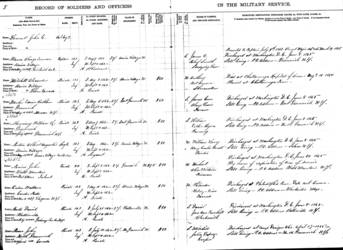 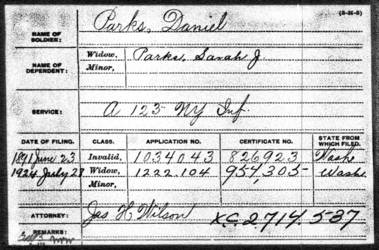 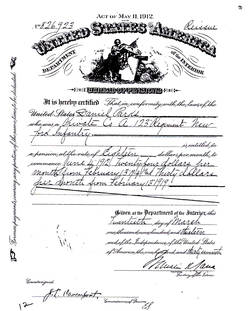 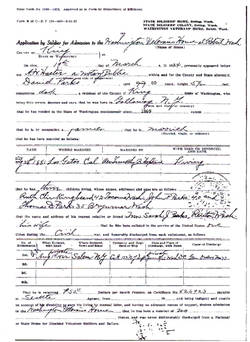 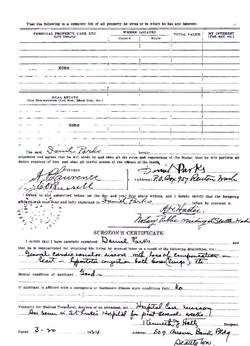 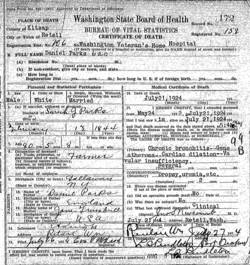 The 123rd was a three year infantry regiment. It was to serve in both the eastern and western theaters of the American Civil War.

Recruitment for the 123rd began in Washington County, NY. In December, 1863 a portion of the 145th New York was transferred into its ranks.

In September, 1863 the 123rd was ordered into Tennessee. Railroad guard and picket duties followed.

With the final surrender of Confederate forces in late April, 1865 the 123rd marched to Washington, D.C. There it participated in the Grand Review before final muster.

It appears Orpha brought one child, a son named Charles (b. 1848), into the marriage. Still, she and Daniel, Sr.  produced at least four children of their own. They were: Carlephine Parks, William “Willie" W. Parks, Fracelia Gardner Parks and Carrie A. Parks.

The U.S. Census tally for 1850 found Daniel, Sr. and family in Moreau Saratoga County, NY. Ten years later, in 1860 they were still in New York, but then residing in Greenwich (Battenville) located in Washington County. It appears that Daniel, Jr. - hereafter Daniel - was living there with his father and step mother when, in 1862, he left home and went off to war.

Private Daniel Parks served with the 123rd New York Infantry. Without accessing his military records about all that can be said right now about his period of enlistment is that he survived The War and returned to his father and stepmother's New York home.

In 1865 Daniel was in Washington County, NY. Four years later, in 1869, he was in Washington Territory. What had drawn him to the Pacific Northwest is an unknown. Also, unknown is exactly when he arrived here.

It appears that within the Pacific Northwest Daniel settled in the Puget Sound region and, to be more specific, the Seattle King County area. Again, why he came here? We don't know.

By 1879 Daniel had departed Seattle and moved southward into California. In both 1879 and 1880 he was found to be in the Los Gatos region of Santa Clara County.  Why?  Once more, available documents do not give us the answer to that question.

One thing we know Daniel did while in California was get married. The location of his marriage was Los Gatos Santa Clara County, CA. His wedding date was 7/28/81.

His bride?  She had been born in England during either 1856 or 1860 and came to America in 1869.  We know her only by her married name, Sarah J. Parks. Available documents do not provide her maiden surname.

As noted by the birth states of the Parks children, at some point in time after the birth of John Patrick (10/18/86) and prior to July, 1889, Daniel and Sarah moved their family from California northward into the Puget Sound region of Washington State. What had prompted the northerly trek and exactly when it occurred are unknowns. As of 7/20/89 the family was residing in the King County, WA community of Green Lake. Green Lake is now a neighborhood in north Seattle.

At the dawn of the twentieth century the Parks family was still in King County, but by 1900 had moved southward from Seattle and taken up farming in an area known as Black River near present-day Renton, WA. Once more, what had drawn Daniel to this region is not known.

In 1920 the Parks family were still living in the Black River area. By that time, however, Daniel was no longer farming, but working as a bailiff in the (King County) Superior Court.

Around February or March, 1924 heart problems began plaguing Daniel to the degree that he was hospitalized. During that period of hospitalization he and Sarah began the paperwork to get him into the Washington State Veterans' home located across Puget Sound from Seattle in the Kitsap County community of Retsil. There, Daniel could receive medical care not available if he returned home to the Black River/Renton area.

From that paperwork process we gain a glimpse of Daniel Parks, the physical being. At 80.1 years of age the old soldier stood five feet and 1/2 inches tall. He had a dark complexion.

Daniel did not live long after moving to Retsil. He died there on 7/21/24. His earthly remains were buried, not in the Veterans' Home cemetery in Retsil, but in the Mt. Olivet Cemetery located in Renton, King County, WA.

On 6/23/91 Daniel had initiated the paper chase to obtain a U.S. Government disability pension based on having served in his country's military during the American Civil War. The pension request was granted, but without to Daniel's pension files the details of his inaugural stipend are unknown. From the Retsil application papers, however we learn that as of March, 1924 he was receiving $50 per month.

Following Daniel's death Sarah petitioned the government to continue receiving a portion of her late husband's financial benefits. Again, the petition was granted, but without Sarah's widow pension files we know nothing of her stipend dollars.

Sarah remained an "inmate" at the Retsil Home for the remainder of her days. She had many still ahead of her.

Mrs. Sarah J. Parks died in Retsil in 1954. The ninety seven or ninety eight year old was buried beside Daniel in the Mt. Olivet Cemetery.