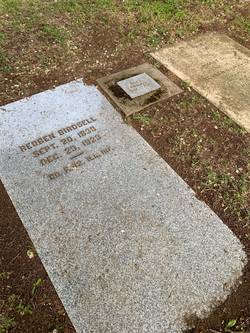 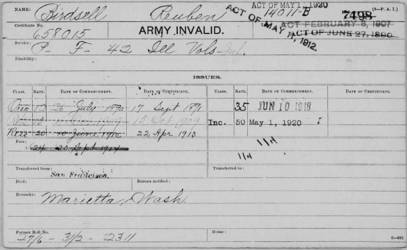 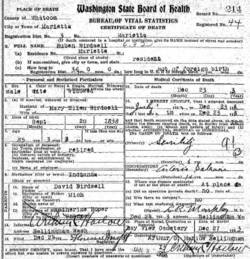 from a FAG member:
Reuben Birdswell, thirty-six years a Whatcom county resident, died today at the age of 85 years at the home of his daughter, Mrs. Phil Clark, of Marietta. He was a member of the G.A.R. in Illinois, and of the Methodist church. The surviving relatives are two sons, Guy, of Lynden, and Charles, of Alaska' three daughters, Mrs. Clark, Mrs. F. Kennedy and Mrs. Mary Brant, all of Marietta, and fourteen grandchildren.∼The beginning of this memorial is based on information in a CD we got from the Whatcom Genealogical Society called "Civil War veterans of Whatcom County".