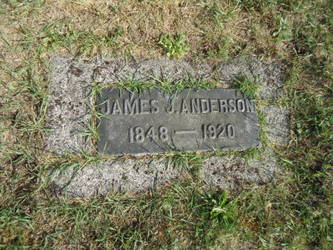 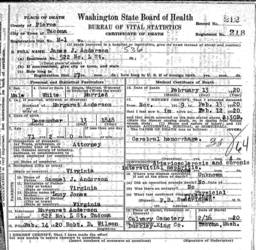 The 1st Missouri was a Confederate cavalry unit. It served in the western theater of the American Civil War (ACW).

During 1863 the regiment fought at Champion's Hill, MS (5/16). The next day it took an active part in the battle of Big Black River (5/17) before moving into the defenses of Vicksburg, MS.

At Vicksburg the 1st, along with other Rebel units, surrendered with the city (7/4). After its capture and parole, on 9/12/1863 the 1st was considered "exchanged" and returned to the field.

1864 found the 1st active throughout the battles of the Atlanta, GA Campaign. It suffered fifty six casualties at the battle of Allatoona, GA (10/5). At the conclusion of those movements the unit reported having suffered twenty five killed, eighty two wounded and three missing. The '64 combat year was concluded at the battle of Franklin, TN (11/30).

In the spring of 1865 the 1st was involved in the defense of Mobile, AL. The regiment's final clash with Union forces came at the battle of Ft. Blakely (4/2 - 9). The following month the small command surrendered with the Department of Alabama, Mississippi and East Louisiana.

James Jones Anderson was born 12/13/1848. His place of birth was somewhere within the state of Virginia.

In December, 1861 James - apparently no longer residing under his parents' roof, enlisted in the Confederate States Cavalry. His unit, initially designated Gates' Regiment, subsequently became the 1st Missouri Cavalry. Within the Gates'/1st his company was "C".

According to available military service records, Private Anderson was twenty eight years of age when he enlisted. Looking, however, at his birth date and year he was, astonishingly and in actuality, only one day shy of his thirteenth birthday!!

For enlisting it appears Private Anderson received a one hundred dollar enlistment bonus. Further, for providing his own horse - initially valued at $90 - he also received a forty cents per day supplement to his pay.

During his period of enlistment Private Anderson appears to have fared relatively well. Participating in three significant battles - Bentonville, AR (2/18/1862), Pea Ridge/Elkhorn Tavern, AR (3/7 - 8/1862) and Sugar Creek, TN (12/21-27/1864), he passed through all three without being killed or wounded. His most significant period of distress seems to have been sometime between May and October of 1863 when he was sick in a hospital for an undefined period of time because of an undocumented illness.

Exiting the CSA military by deserting, it appears James returned to Missouri. The U.S. Census for 1870 found him once again living with his parents and siblings in St. Louis St. Louis County, MO. At that time he noted his occupation as being "clerk in store."

After 1870 there is a rather long gap in James' life chronicle. When we pick up on him, again, it is the dawn of the twentieth century; he is married and residing in Tacoma, Pierce County, WA.

James had married sometime during 1875. Exactly when and where the marriage took place are unknowns.

The new Mrs. James J. Anderson was Margaret C. Corcoran. Margaret had been born in Ireland during 1848. When she had immigrated to America, as well as how, when and where the two had met are questions that are not answered within available documentation. The couple never produced children.

When and why James and Margaret had moved westward to the Puget Sound region of the Pacific Northwest are additional questions without answers. James' occupation in 1900 was noted as deputy city treasurer for the City of Tacoma. For both 1910 and 1920 he was listed as being an attorney.

Attorney James Jones Anderson died on 12/13/1920 at his Tacoma, WA home located at 522 N. L Street. Cause of death was listed as cerebral hemorrhage (stroke) the onset of which appears to have traced back to November 19th of the preceding year. Other factors contributing to the old Rebel's demise were arteriosclerosis and chronic nephritis (kidney disease). Burial was/ is in Tacoma's Roman Catholic, Calvary Cemetery.

Following James' death Margaret remained in Tacoma, WA. The U.S. Census for 1930 found the widow residing as a boarder in the Ozam Home for the Aged.