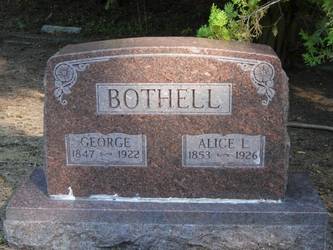 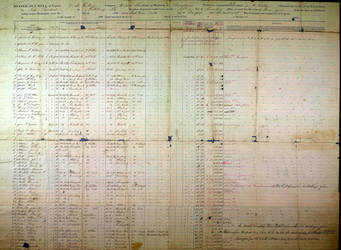 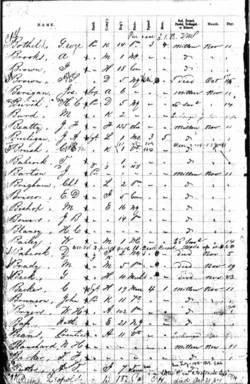 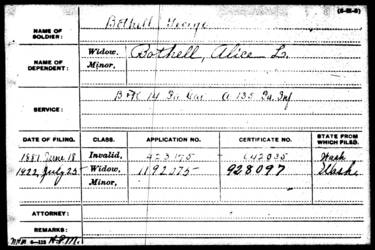 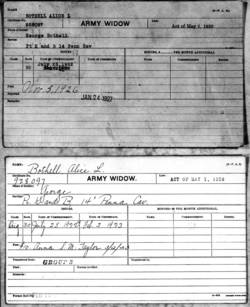 The 135th was a nine month eastern theater regiment. It was composed of men recruited from Lancaster, Indiana, Westmoreland and Jefferson counties.

It rendezvoused and was mustered into Federal service at Camp Curtin Harrisburg, PA. The unit departed Pennsylvania on 8/19/62 and moved to Washington, D.C. There it provided provost (military police) guard duty for Washington City and nearby Georgetown.

On 2/16/63 the 135th moved to Belle Plain, VA. At that location it was occupied in guard and picket duties until the opening of the Chancellorsville campaign. At that time it moved to Pollack's Mills below Fredericksburg to support artillery batteries along the Rappahannock River. During this period three men were wounded.

At the battle of Chancellorsville, VA (5/6 - 7/63) the 135th covered the front of the Army Of The Potomac's 1st brigade, but was not actively engaged in the fighting. Later that month it returned to Harrisburg for final muster.

In August, 1862 authority was granted for raising a three year, eastern theater cavalry regiment. That unit would become the 14th Pennsylvania Cavalry.

Recruits were rapidly obtained from the city of Philadelphia as well as the counties of Allegheny, Fayette, Armstrong, Washington, Lawrence, Erie and Warren. That being done, in November the regiment moved to Hagerstown, MD where it was mounted, equipped and drilled.

July, 1863. During the Gettysburg campaign the 14th skirmished with Rebel forces at Beverly and Huttonville, VA. It then moved to Williamsport, PA. There it joined the Army Of The Potomac in attempting to prevent Confed. Gen. R.E. Lee's retreating forces from escaping southward across the Potomac River into Virginia.

On 8/4/63 the regiment participated in the Rocky Gap raid into West Virginia. At White Sulphur Springs it was hotly engaged with the enemy losing 80 men killed, wounded and missing. On this raid it marched over 600 miles in twenty seven days.

The year was capped off with a raid into southwestern Virginia. An immense amount of enemy supplies and merchandise as well as many miles of railroad track and bridges were destroyed. Loss on this raid was about fifty men. During winter quarters 1863/'64 at Martinsburg, VA  the regiment was almost constantly engaged in picket, guard and scout duties.

The 14th broke winter quarters on 4/12/64. It then proceeded southward into Virginia to destroy the Saltville salt works. During these movements, in May, it lost 12 killed and 37 wounded.

Next came the Lynchburg campaign. In Lexington the Virginia Military Institute was destroyed. Afterwards, during the June 17-18 battle of Lynchburg itself Federal troops were forced to retire. Acting as part of the Union rear guard during the retreat the 14th held off enemy forces for several hours while losing 6 killed and 18 wounded.

In July the regiment was hotly engaged at Winchester, VA with Rebel forces under Confed. Gen. Jubal A. Early. Later, it returned to Virginia's Shenandoah Valley to participate in Union Gen. Phillip Sheridan's brilliant campaign. It lost heavily at Opequon Creek/Third Winchester (9/19/64) and was very active at Fisher's Hill (9/21 - 22/64).

A detachment of the regiment was engaged at Cedar Creek (10/19/64). Soon after the regiment made a reconnaissance into the Luray Valley where it lost 15 killed and wounded at Front Royal. During the winter of 1864/'65 it suffered severely in expeditions to Millwood, VA and Ashby's Gap, VA.

After the Appomattox, VA surrender of Confed. Gen. R.E. Lee's Army of Northern Virginia (4/9/65), the 14th was stationed for two months at Washington City. It then moved to Ft. Leavenworth, KS where, on 7/17/65, it was consolidated into a battalion of six companies. Final muster came in August of 1865.

NOTE: The birth - to - death biographical profile which follows was created in July, 2020.It does not display the depth and detail of other profiles within this website because, due to the Covid 19 medical pandemic, veteran-related military, pension and other files housed in the National Archives located in Washington, D.C. were not accessible. At a later time these files will be obtained and the information from them added to this veteran's narrative.

As noted by the Pennsylvania birthplaces of the Bothell children, David and his family appear to have resided in at least three different Keystone State counties and one in the state of Indiana where he had been born. The 1860 census which most closely preceded the American Civil War found the Bothell clan farming in Armstrong Township which is located in Indiana County, PA. Although it cannot be documented at the time of this writing, that was likely where George and older brother John were residing when, in August, 1862, they enlisted in the U.S. Army.

Beyond the fact that it was fairly short and relatively benign in terms of exposing Private Bothell's to danger and possible death, without access to his military service records, little can be said about Private George Bothell's initial term of soldier service with the 135th Pennsylvania Infantry. Both he and John successfully returned to civilian life. The same cannot be said for young George's second period of enlistment.

On 2/23/64 George, on this occasion accompanied by his father David, re-enlisted in the army. During this go-round his period of service would be with the 14th Pennsylvania Cavalry. Asking oneself why George (as well as his father) would once again place themselves in harm's way, the answer is most likely financial. By early 1864 enlistments were being fueled by the offering of hefty enlistment bonuses or "bounties."

During this enlistment Private George would not fare as well as during his tenure with the 135th. In November, 1864 while with the 14th in either Virginia's Shenandoah or Luray valleys, he was captured by Rebel forces. Following his capture, available documents are unclear as to whether he was imprisoned at Andersonville, GA's infamous Camp Sumter or at another prisoner of war facility in Millen, GA.  Whatever the POW circumstances, he survived the ordeal.  Hopefully more light can be shed on this matter when National Archives files are obtained.

On a final military note, while with the 14th Private Bothell experienced an inter – regimental transfer from Company “K” to Company “B”.  This was prompted by post –shooting war “consolidation” of the regiment.

The War behind him, it is not known where George settled. We next hear from him in the U.S. Census of 1870. By that time he had married to Alice Louise Hetrick (b. ca 1853 MO) and the two were residing in the Rock Island Rock Island Co., IL home of Alice's brother, Nicholas, and family. It is not known whether or not this was a farm situation.

Noting the birth states of the Bothell children it can be seen that George and family moved from Illinois (1870) to Missouri (1874 & 1877) and then on to the Puget Sound region of Washington Territory. Here the family's first stop appears to have been King County (1881).

After reaching the Pacific Northwest George began the paperwork process necessary to obtain a U.S. Government disability pension stipend based on his days of Civil War soldiering. In George's case, the pension request was based upon the recurring effects of scurvy and general debility. Although the pension was likely granted, details about it are unknown pending obtainment of National Archive records.

What had drawn George to Washington is not documented. However, the fact that his parents, David and Mary Ann, as well as his  brothers John and David all seemed to make the  Pacific Northwest move about the same time with occupational notations indicating farming  and logging as their occupation pursuits. Thus, it was likely the lure of virgin farm land and a thriving timber industry that drew them to the Puget Sound region.

The first Northwest stop for George appears to have been unnamed location in unincorporated King County There is no occupational listing for him during this period.

Next, in 1883. Came a move south to Tacoma Pierce Co. Again, no occupational listing accompanies his stay in Pierce County.

By 1885 George was identifying himself as a "logger." He and his family were back in King County living with his parents and younger brother David.

As of 1887 George, Alice and the children were in Woodinville King Co. In Woodinville George was noted as being a farmer.

As of 1889 George and family were residing with Brother David in Houghton area of King Co. Houghton was a small community located southwest of Woodinville and south of Kirkland, WA. It is, today, a part of the city of Kirkland. Also in George’s home were his parents David and Mary.

By June of following year, 1890, George was residing in north King County community bearing his family’s surname.  George would live out his life in Bothell. In 1900 Bothell his occupation was farm laborer. In 1910 it was logger (1910). Finally, he was a (no occ.) retired logger (1920).

George died on 6/15/22 at his home located at R23 2nd & Fir St. Bothell. At passing he was aged 75 yrs. l month and 15 days. Cause: Pericarditis (inflammation of the pericardium, a membrane that protects the heart & with rheumatism contributing. Burial was/is in Bothell I.O.O.F. (Pioneer) Cemetery.

After George's death the widowed Alice remained in Bothell. She died there on 11/5/26 at age of 72/73 yrs. She was/is buried in Bothell beside George.

* During the American Civil War David served in the 54th Pennsylvania Militia and 14th Pennsylvania Cavalry. He survived the conflict and was/is buried in the Bothell I.O.O.F. (Pioneer) cemetery located in Bothell King County, Washington. The city of Bothell bears his family's surname.