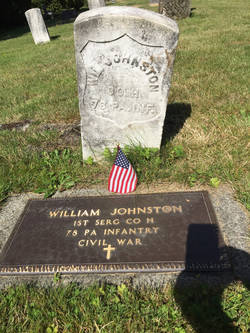 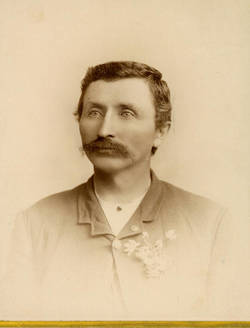 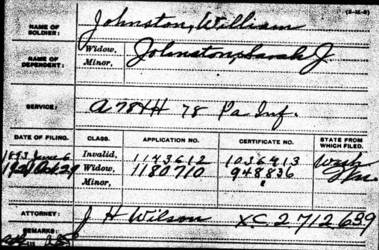 The 78th, a three year western theater regiment, was recruited and organized during the summer and fall of 1861. In (blank) it departed the state and proceeded to Louisville, KY.

In March, 1862 the regiment was moved to Nashville, TN. The remainder of that spring and during the summer it performed railroad guard duty. It also engaged in many skirmishes with the enemy. 1862 ended and 1863 began with the 78th being heavily engaged with the enemy at the battle of Stone's River / Murfreesboro, TN (12/31 - 1/2) in which 190 men were killed or wounded.

Provost (military police) duties at Murfreesboro occupied the 78th until April, 1863. In June it participated in the Union campaign from Murfreesboro to Tullahoma, TN. The regiment was in the thick of the fighting at Chickamauga, GA (9/18 - 20) then retired to Chattanooga, TN. In the actions around that city (11/23 - 25) it suffered small losses.

The 78th was next assigned to duties on Chattanooga's Lookout Mountain. This lasted until May, 1864. The regiment then joined the forces of Union Gen. William T. Sherman as they moved towards Atlanta, GA. During that campaign the unit  saw hard fighting at Tunnel Hill (11/25/1863),Buzzard Roost Gap (5/9/1864), Resaca (5/13 - 15), New Hope Church (5/25 - 26), Dallas (5/26 - 6/1) and in front of Kennesaw Mountain (6/27). From Kennesaw it was ordered to Nashville to guard wagon trains. It saw action at Pulaski, TN then was mounted to move against Rebel cavalry operating in the eastern portion of that state.

Late in '64 their terms of service having expired, original members of the 78th returned to Pennsylvania and mustered out. Re-enlisted veterans and recruits remained at Nashville and, in March, 1865 were joined by eight new companies. These additions brought the regiment up to minimum strength. Thus reorganized the unit saw final muster at Nashville on 9/11/675.

NOTE: The birth - to - death biographical profile which follows was completed in July, 2020 during the Covid-19 medical pandemic. As a result, it does not feature the depth of detail found in most biographies found within this site. Not available veteran-related military, pension and other files housed in the National Archives located in Washington, D.C. At a later time those files will be obtained and the information therein added to the narrative.

No definitive date has been located regarding William Johnston's birth. Herein, combining available clues we are settling upon 9/28/46. The location of his birthing was Armstrong Township Indiana Co., PA.

In the closing days of America's 1861 - 1865 Civil War, William joined the U.S. Army. His unit was the 78th Pennsylvania Infantry. Without having access to his military service records, it appears that he first enlisted as a private. Shortly thereafter the regiment was reorganized. This resulted in him reenlisting and assuming the rank of 1st sergeant. It may also have triggered a transfer from one company to another. In all, Private 1st Sergeant Johnston' period of enlistment was brief, rewarding and benign.

Post-Civil War William disappeared. He is next heard from on 6/17/85 when, in King County, Washington Territory, he married. What had drawn him to the Puget Sound region of the Pacific Northwest and when he arrived here are unknowns.

William's bride was Sarah Jane Bittinger (b. 2/28/56 PA). Within the Keystone State suggestions for the location of her birth have been Wayne Township/County and Armstrong Township Indiana County. The union would not produce children.

By 1892 the Johnston's were residing in Bothell King Co., WA. William's occupation at that time was noted as "laborer."

On 6/6/93 William applied for and, later, was granted a U.S. Government disability pension based on his days of Civil War soldiering.  Details of that monthly stipend are currently unavailable.

As of 1900 the Johnston's had moved from Bothell to nearby Woodinville. There the couple operated a farm which, by 1910, was specifically noted as being a "dairy" farm.

William died 2/3/19 in Bothell King Co., WA. He was aged 72 years, 4 months and 5 days.  Cause of death was listed as "tubercular disease of the knee joint" with arthritis contributing. Burial was/is in the Bothell I.O.O.F. (Pioneer) Cemetery.

After her husband's passing Sarah petitioned the U.S. Government to continue receiving at least a portion of William's pension stipend. The request was granted on 10/29/20.

In 1920 the widow Johnston was still residing on the Woodinville farm. There are indications, however, that the following year she may have removed to Wisconsin for a time.

Sarah Jane Bittinger Johnston has not been located within the 1930 U.S. Census, but by the time of her passing she was back in Bothell residing as a boarder in home of one Ross Worley and family.  She died in Bothell on 10/18/40. Burial was/is in Bothell beside William.

* William's pension card indicates he also served in the 78th’s Company "A". However, as of this writing no information supporting this claim has been located.