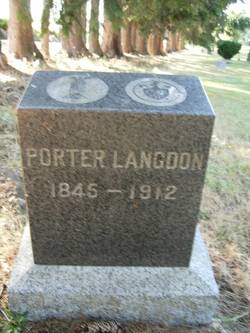 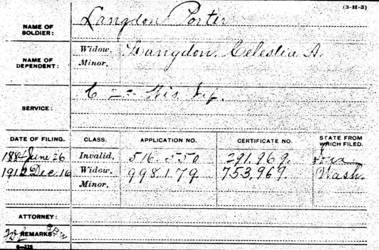 A three year, western theater regiment, the 23rd left Wisconsin on 9/15/62 and preceded to Vicksburg, MS via Cincinnati, OH. Near Vicksburg it was with the forces of Union Gen. W.T. Sherman during the assault on Chickasaw Bluff. It then assisted in the reduction of Arkansas Post, AR. From there it proceeded to Young's Point, LA, not far from Vicksburg, MS. At that place 3/4 of the men were stricken with virulent diseases because of poor sanitary conditions.

The regiment was held in reserve during 5/1/63 Union actions around Port Gibson, MS. After that it took the advance of the division at Champion's Hill (5/16) as Federal forces under Union Gen. U.S. Grant moved towards Vicksburg. The following day it saw action at Black River Bridge.

Reaching Vicksburg, the next day the 23rd took part in a general assault on the enemy fortifications. It was then on continuous duty until the fall of that city on 7/4/63. By that time the regiment had been reduced to having 150 men fit for duty.

After Vicksburg came the attack on Jackson. Following the evacuation of that point it joined an expedition through Louisiana, going as far as Barre's landing near Opelousas. The regiment remained there during the remainder of the summer.

On 11/3/63 a Rebel force surprised and attacked Union troops, including the 23rd, at Carrion Crow Bayou. Two other Federal units were driven through the lines of the 23rd. Flanked on both sides; the regiment fell back and formed a new defensive line which held until reinforcements drove the enemy back. Although the lost ground was retaken, the cost was 128 out of 220 engaged. The regiment was then ordered into Texas.

On 2/22/64 the 23rd returned to Louisiana where it joined the Red River expedition. During these maneuvers it saw action at the (4/8/64) battle of Sabine Crossroad/Mansfield, LA.

The 23rd was in camp at Baton Rouge, LA from late May until July 8th, 1864 when it proceeded to Algiers near New Orleans. There the men participated in guard, post, garrison and reconnaissance duty until 5/1/65. Finally, it was ordered to Mobile where it was mustered out of Federal service and into history.

NOTE:  The birth - to - death biographical profile which follows was created in July, 2020 during the Covid 19 medical pandemic. It does not display the depth of detail found in other biographies within this site because military, pension and other veteran - related files housed in Washington, D.C.'s National Archives were not available. Those files will be obtained at a later time and the data they contain added to the narrative.

Porter Langdon was born on 5/23/45 in Illinois. The precise location of his birth is not known, but in both the U.S. Census of 1850 and that of 1860 the Langdons resided in or near the Columbia County community of Randolph. By trade Porter's father was, first a farmer and, later, a carpenter.

On 8/4/62 Porter enlisted in the U.S. Army. His unit of choice was Company "C" of the 23rd Wisconsin Infantry. Without having access to his military service records, all we can say about Private Langdon's military tenure is that he survived and returned to civilian life with his parents and siblings all of whom, by 1870 were residing the Columbia County community of Scott.

As noted by the birth states of the Langdon children, Porter and Celestia moved around a bit during their child bearing/rearing years.

In 1872 when their first child, Dora, was born Porter and Celestia were in Wisconsin. While in Wisconsin Porter was a carpenter.

By 1875, Porter was carpentering in Liberty Montgomery Co., KS. That was likely where son James was birthed.

As of 1880 the Porter Langdon family was farming in Spencer Clay Co., IA. That appears to be where Hiram and Agnes were born.

Finally, by the birth of Rowland in 1890, the family was in Washington State. The address for farmer Porter and his family in 1892 was Bothell King Co., WA. Living "next door" was his mother, father and siblings Harry, Hiram, Margaret and Gertrude.

In 1900 and 1910 Porter was farming just south of Bothell in Juanita King County, Washington. In the latter year he specified his farm focus to be fruit and chickens.

Former Civil War soldier Porter Langdon died on 12/3/12 in Juanita King County, WA. He was aged 67 years, 6 months and 11 days. The cause was listed as carcinoma (cancer) of the liver and pylorus intestinal valve from which he had suffered for two years. Burial was/is in the Bothell I.O.O.F. (Pioneer) Cemetery.

On 6/26/84 Porter had initiated the paperwork to obtain a U.S. Government disability pension based on his days of Civil War soldiering. At some point a monthly stipend was granted, but until his pension files can be accessed, the filing date as well as the onset of his stipend and its amount will remain questionable or unknown.

Upon her husband's death Celestia petitioned the U.S. Government to continue at least a portion of that pension. By mid- December she had been granted a stipend which, it appears, she continued to receive until her passing.

Where Celestia was residing in 1920 is not documented. As of 1930, however, she was living in Olympia Thurston Co., WA with married daughter Dora, her husband and children.

Celestia died in Olympia on 1/6/37. She was/is buried in Bothell beside Porter.