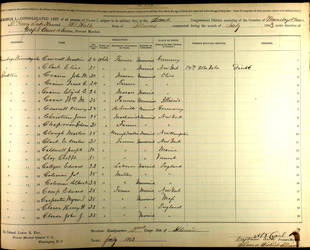 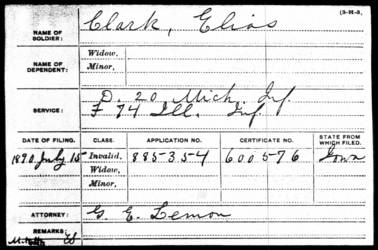 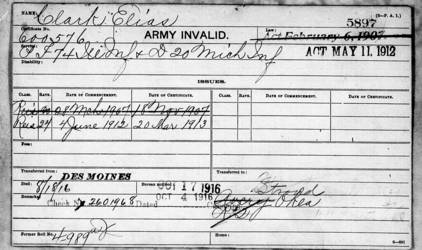 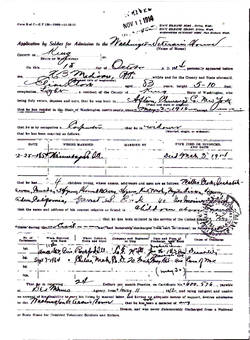 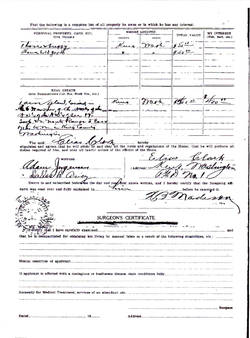 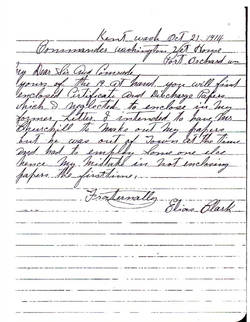 On 9/30/62, following Federal muster the 74th, a three year western theater infantry regiment, reported for duty at Louisville, KY. On 12/26 it encountered the enemy at Nolansville helped dislodged one of his artillery Battery’s and drove back the Rebels. Action at Stone's River, TN followed (12/31/62 - 1/2/63). Losses to the unit at the latter place were 8 killed, 35 wounded and 42 missing or captured.

On 6/24/63 the regiment left winter quarters and commenced on a campaign which culminated with the battle of Chickamauga, GA (9/18 - 20). Falling back to Chattanooga, TN on 11/23 - 25) the besieged Federals broke out of that city. During the assault on Missionary Ridge the 74th lost 14 killed, 39 wounded and 6 missing. This was 17% of the officers and men who entered into that fray.

The 20th Michigan was a three year infantry regiment. Recruited from the counties of Washtenaw, Jackson, Calhoun, Eaton and Ingham, it was to serve first in the eastern war theater, then the western war theater and, finally, once more in the east.

The unit departed Michigan for Washington City on 9/1/62. Arriving there on 9/4, on 9/23 it moved into the field at Antietam/Sharpsburg, MD.

The 20th remained in Maryland and Virginia until February, 1863. It was then ordered to Kentucky. From there it joined the forces of Union Gen. U.S. Grant before Vicksburg, MS.

After assisting in the campaigns to capture both Vicksburg and Jackson the 20th moved back to Kentucky. It then participated in the east Tennessee campaign during the trying winter of 1863/'64.

In May, 1864 the regiment once again joined the Army of The Potomac for Gen. Grant's Overland Campaign into Virginia. Never having been stationed in a fort or on duty in the rear, during the battles which followed the regiment lost more men killed and wounded in action than the total number it had bearing arms at the beginning of the southward movement. From 5/4/64 to 4/9/65 the 20th was it was constantly on the fighting line.

The 20th next travelled to Washington, D.C. where, on 5/23/65 it participated in the Grand Review. It then moved to nearby Georgetown where it was mustered out of Federal service. Final payment and discharge occurred in Michigan shortly thereafter.

NOTE:  The birth – to – death biography of Elias Clark was created during the October, 2020 Covid-19 medical pandemic. As a result, it features less in-depth detail than other personal profiles found within this website because veteran-related military, pension and other files housed in the National Archives located in Washington, D.C. were not available. It is hoped that at a later time these documents can be obtained and the information contained therein added to the narrative which follows.

Elias Clark Junior was born October 9, 1831. The location of his birth was Bainbridge Chenango County, NY.

In 1850 Elias Junior - hereafter referred to as Elias- was still residing under his parents' roof. During the following few years he left the parental nest and removed to Illinois.  There he met his future wife. On 12/25/54, in Winnebago, Winnebago County, IL the couple married.

In 1900 Addy told U.S. Census takers she had borne Elias nine children, five of whom were then living. An obituary source for Elias, however, indicates the couple produced six children.

1855. Elias and Addy were farming in Catherine Schuyler County, NY. Five years later, in 1860, they and their two first born children were in St. Louis St. Louis County, MO residing with Elias' older brother, Gehele, his wife and family. Both Gehele and Elias were employed as sewing machine agents/salesmen.

In April, 1861 civil war had spread across America. On 8/11/62 while living in Winnebago, IL 5'10", lightly complexioned Elias left his wife and children to join the U.S. Army. It is very possible the enlistment was motivated by financial need. During the late 1850s and early 1860s economic times were tough in the United States.

Private Clark's unit of service was the 74th Illinois Infantry. Without the availability of his military records all that can be said about his tenure is that he had enlisted for three years, but served only until 1/28/63 when, for currently unknown medical reasons, he was Discharged.

Having recovered his health, in September, 1864 Elias reenlisted. On this occasion his regiment was the 20th Michigan Infantry. This second enlistment lasted until The War's end.

As of 1870 Elias and family were residing in Clay Hardin County, IA. In that census year Elias’ occupation was noted as "carpenter."

In an interesting transition, at some point in time between 1870 and 1880 Elias shifted his occupation from carpenter to doctor. Somewhere along in there he reportedly also worked as a teacher, but when and where that may have been are unknowns. Hopefully his pension records will help clarify these matters.

Elias “Doc” Clark and family remained in Iowa for the next twenty years.  In 1880 their address was Steamboat Rock Hardin County while in 1900 it was Algona located in Kossuth County.

On 7/15/90 during the Clark family’s Iowa years, Elias initiated the paperwork process to obtain a U.S. Government disability pension based on his days of Civil War soldiering. Although the pension was granted, until pension files can be obtained all we know about the stipend is that as of 5/11/12 it may have amounted to $24 per month.

According to one source, by 5/2/10 the Clarks were residing in the Puget Sound region of Washington State.  What had brought them westward from Iowa is not known. There is also an indication that along the way they may have made brief stops in Wisconsin and Oklahoma.

The U.S. Census noted the Clark’s 1910 address as Meeker King County, WA. Likely, however, this was Kent, WA.  That is the year Addy reported she had mothered nine children, only four of whom were then living.

Addy Hudson Clark died on 3/3/14 in Kent King County, WA. No details are available pertaining to her passing at the age of 75.years. She was/is buried in the Saar Pioneer Cemetery located in Kent.

At some point following Addy's death Elias became a resident/inmate of the Washington Old Soldiers Home located near Port Orchard in Retsil Kitsap County, WA. The 84.8 year old former Civil War soldier died there on 8/18/16. The cause of death was noted as an "organic heart lesion". Burial was/is in the Saar Pioneer Cemetery beside Addy.